Moonbase is a Map in Survive The Disasters 2.

Moonbase is set on the face of the moon. There are craters filled with solid acid (lava on crimson version). The ground on Moonbase is very rocky, with some bridge and point type.

In order to see the full size of the image, please click on it. 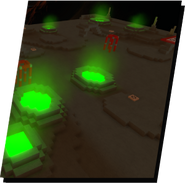 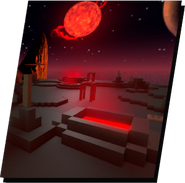 Beta version of its crimson theme.
Add a photo to this gallery
Retrieved from "https://sd2.fandom.com/wiki/Moonbase?oldid=23046"
Community content is available under CC-BY-SA unless otherwise noted.