Galantasy is a Map in Survive The Disasters 2.

Galantasy is set in a space-themed environment. Colorful disks make up the floor and platforms. There are also multiple crystals spread around the Map that, when touched, restore 20 HP. 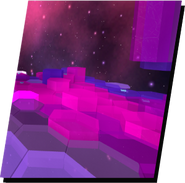 Beta version of its pink theme, known as Galaxy. 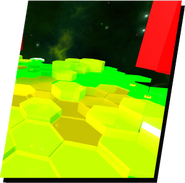 Beta version of its green theme, known as Green Galaxy.