Survive the Disasters 2 Wiki
Register
Don't have an account?
Sign In
Advertisement
in: Disasters, Enemy, Chase,
and 2 more

Doge is a disaster in Survive The Disasters 2.

A giant Doge appears! It'll chase the nearest survivor, moving at a considerably high speed.
Touching any part of the Doge's body deals 15 damage quickly. Doge will also randomly shoot Text projectiles at the closest players, which may cause small explosions upon hitting surfaces and instantly kill players. The texts are colored in various fonts and are composed of different words, such as "wow", "much danger", "many explode", "pet me", etc. 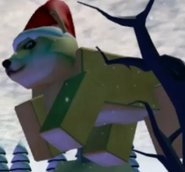 Doge wearing a Santa Hat, during the Christmas 2020 Update. 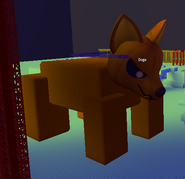 Doge's reskin, during the Halloween 2021 update.